EiTB, the first communication group in the Basque Country

Euskal Irrati Telebista is the first communication group in the Basque Country with five TV channels, five radio stations, and a website.

On May 20 1982, the Basque Parliament unanimously passed the law on the creation of the Basque public media group Euskal Irrati Telebista. That same month, a group of people was working in Vitoria-Gasteiz to lay the foundations of the brand-new Basque radio and television. In August, a group of professionals travelled to the Hamburg studios to receive training for the challenge of creating a TV.

With the arrival of the digital age, EiTB extends its offer with ETB3 (October 2008), a channel mainly addressed to children. It broadcasts completely in Basque through the DTT. EiTB has also ETB4, focused on sports, films and TV series.

From May 1st, 2013, ETBSat is available from anywhere in the world on the Internet. The websites eitb.eus and¿eitb.tv (on demand platform) and EiTB's app for mobile devices working with Android and IOS operative systems make it possible to watch ETBSat.

Canal Vasco's main purpose is to bring Basque TV and culture closer to the Basque Diaspora in America as well as to all the Americans. It reaches the television viewers through Hispasat satellite.

The EiTB Group does also have five radio stations that are a clear indicator of a lively, modern and close radio.¿Euskadi Irratia and¿Radio Euskadi are generalist radio stations that broadcast in Basque and Spanish, respectively. Radio Vitoria is the radio of reference in the territory of Alava. Gaztea and EiTB Musika are musical radio stations, being Gaztea the one addressed to the young people. Both have more and more listeners.

The group's brand on the Internet is eitb.eus, a multimedia website with a strong presence of audio-visual content. eitb.eus is a fair reflection of the group's television and radio contents as well as of its news programs, but it is much more: blogs, contests, weather channel, traffic¿ information, live broadcasting, etc.¿ It should also be mentioned eitb.tv, an on-demand platform that offers online all the contents of the group.

The main purpose of all the different media of the group, in their public service role, is to protect the freedom of speech, the right to communicate and receive information freely, keeping with the demands of a democratic society and promoting the use of the Basque language. 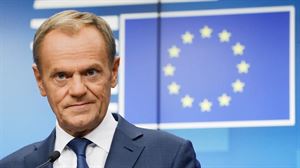 Update your browser for the best viewing experience.

It is recommended that you update your browser to the latest version to avoid compatibility issues with some of the functions of this website.

You can use Whatbrowser.org to know which web browser you are using.